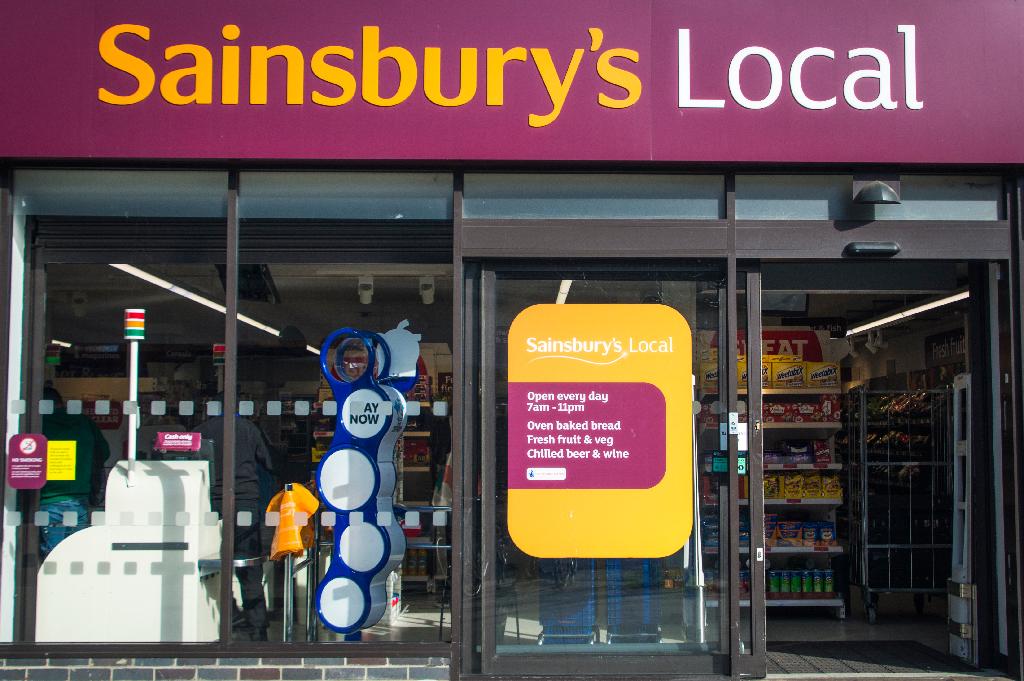 The chief executive of Sainsbury (J) (SBRY) FOLLOW has called for a radical overhaul of planning rules as part of the scramble to revive Britain’s crisis-hit high streets. Mike Coupe railed against restrictions which make it hard to switch what empty stores can be used for – and said the next government must make reform a priority. It comes as droves of shoppers desert bricks and mortar stores to buy online from US titans such as Amazon instead. Around 70,000 retail jobs were lost last year. Speaking as Sainsbury’s unveiled a drop in sales, Mr Coupe said: “There are very tight restrictions on the type of retail you can do on high streets. “If they liberalise it, the market would very quickly respond to that”

ITV (ITV)FOLLOW  has entered the video streaming wars by launching a UK rival to Netflix. Britbox, a service developed with the BBC, Channel 4 and Channel 5, is part of chief executive Carolyn McCall’s plans for reducing the broadcaster’s dependence on falling advertising revenues. It is being billed as the biggest collection of British shows ever assembled, featuring favourites such as Downton Abbey, Only Fools And Horses and Doctor Who starring Jodie Whittaker. The £5.99-a-month service was launched yesterday, just days before ITV updates investors on its third quarter trading. McCall is grappling with weak advertising revenues and growing competition from bigger American rivals, which are also launching their own streaming services. ITV and the BBC, which revealed yesterday that Channel 4 and Channel 5 are joining them, have admitted they cannot match the blockbuster budgets of rivals such as Amazon and Netflix.

One of Britain’s largest housebuilders is splashing out just over £1bn on a rival’s residential business – marking the biggest deal in the industry in more than a decade. Bovis Homes Group (BVS) FOLLOW is buying cash-strapped Galliford Try (GFRD) FOLLOW Linden Homes and Partnerships and Regeneration businesses, creating the nation’s fourth largest housebuilder which can build up to 12,000 homes a year. Bovis first made an approach in May, offering Galliford investors new shares. It was rebuffed, but Galliford has now accepted after the deal was sweetened with £300m in cash. This will help Galliford pay its debts of £186m.

The City regulator has forced Hiscox Limited (DI) (HSX) FOLLOW to issue a clarification about its financial performance after a fall in the specialist insurer’s share price provoked concerns that a select group of analysts had been given price-sensitive information. The Financial Conduct Authority made a rare intervention into corporate reporting yesterday by instructing Hiscox to issue more details because of the danger of a false market. The company told the analysts that it would take longer to improve the retail division’s combined ratio — a key measure of performance — than it had expected. The tone of the meeting also seems to have been more bearish than the moderately upbeat trading statement released on Monday. After the FCA’s intervention Hiscox published a statement yesterday afternoon clarifying its estimates for the combined ratio. This showed an improvement from between 97% and 99% this year to between 90% and 95% in 2022. The company said it did not believe that its comments at the private briefing constituted “inside information” and that it had been “responding to questions requesting clarification over the meaning of medium term”.

The problems facing Rolls-Royce Holdings (RR.) FOLLOW over its Trent 1000 engine have deepened after the company warned that the cost of replacing faulty turbine blades and compensating airlines has grown by 50% to £2.4 billion. The additional costs increase the pressure on Warren East, the aerospace engineer’s chief executive, over his handling of the issue. In a further setback for Rolls yesterday, it warned that falling sales of power generation systems for facilities such as data centres would lead to operating profits coming in at the lower end of a £600 million to £800 million range.

TheWorks.co.uk plc (WRKS) FOLLOW issued its second profit warning in a year and partly blamed the Rugby World Cup final for disrupting its sales, sending shares down by more than 40%. The company said that it was suffering from tough comparisons against last year, when it had enjoyed a boom from “mega trend” squishy toys, and that sales had not improved as expected. It predicted that profits before tax would be “significantly below current market expectations”. Consensus had been for profits of £7.3 million. Like-for-like sales fell by 3.6% over the six months to October 27. The company claimed, though, that when excluding sales from squishy toys, like-for-like sales were down by 1.9%.

Shareholders in Halfords Group (HFD)  FOLLOWare being asked to bet on the chief executive’s turnaround after the bicycle and car parts retailer cut its dividend and sealed two acquisitions to boost its services and repairs business. The group has been plagued by profit warnings recently as most of what it sells is highly vulnerable to the weather. It dodged another one yesterday, having lowered forecasts in September, as it announced a 2.5% dip in pre-tax profits to £27.5 million for the six months to September 27. Halfords’ final dividend has been reduced to 8p, giving a full-year payment of 14.2p compared with 18.6p last year. The retailer has said it will rebase its annual dividend to 12p a share from 2021. The City was braced for the cut while investors were relieved there was not another profit warning.

A bet on the US market by Flutter Entertainment (FLTR)FOLLOW , the owner of Paddy Power and Betfair is paying dividends, offsetting the impact of responsible gambling measures on its big-spending customers. Flutter Entertainment reported a 10% increase in third-quarter revenues to £533 million after a 67% jump in US revenues. The group, which 18 months ago bought a controlling stake in Fanduel, the American fantasy sports business, said it was raising the guidance on its US business due to better revenue growth than expected. It now expected to report underlying losses of £40 million to £45 million, down from previous guidance of £55 million.

BAE Systems (BA.) FOLLOW has warned that a political upset in the December general election could hurt its prospects this year. The British defence giant said a promised increase in UK defence spending along with a growing military budget in the US meant it was on course to raise its underlying earnings per share from the previous level of 42.9p. However a Labour victory at the election could see this go awry, with the company admitting it was “subject to geopolitical uncertainties including the forthcoming general election”. It added that its guidance was based on “an assumption of average sterling exchange rate of $1.30”

Aston Martin Holdings (AML) FOLLOW lost another £92.3m over summer as demand for its Vantage two-seater sport cars weakened. However, its third quarter figures could have been worse, had it not been for six sales of its most expensive car – the DB4 GT Zagato Continuation, which is part of an exclusive £7.2million pairing. The reborn version of Aston’s 1960s race car can only be bought alongside its new 200mph-plus DBS GT Zagato for £6million plus VAT – with just 19 being sold. In yet another disappointing update, James Bond’s favourite car brand said it continued to suffer ‘tough trading conditions’ in the UK and Europe, with sales of its Vantage slipping. The company made a pre-tax loss of £92.3million in the three months to the end of September, with total revenues down 7% to £657.2million for the year-to-date.

Tate & Lyle (TATE) FOLLOW beat analyst estimates to post a staggering 45% rise in pre-tax profits, to £164 million, between April and September. This was on a 6.7% rise in revenues to £1.48 billion and came as a cost-cutting drive by Nick Hampton got under way, saving around £25 million in the last year.