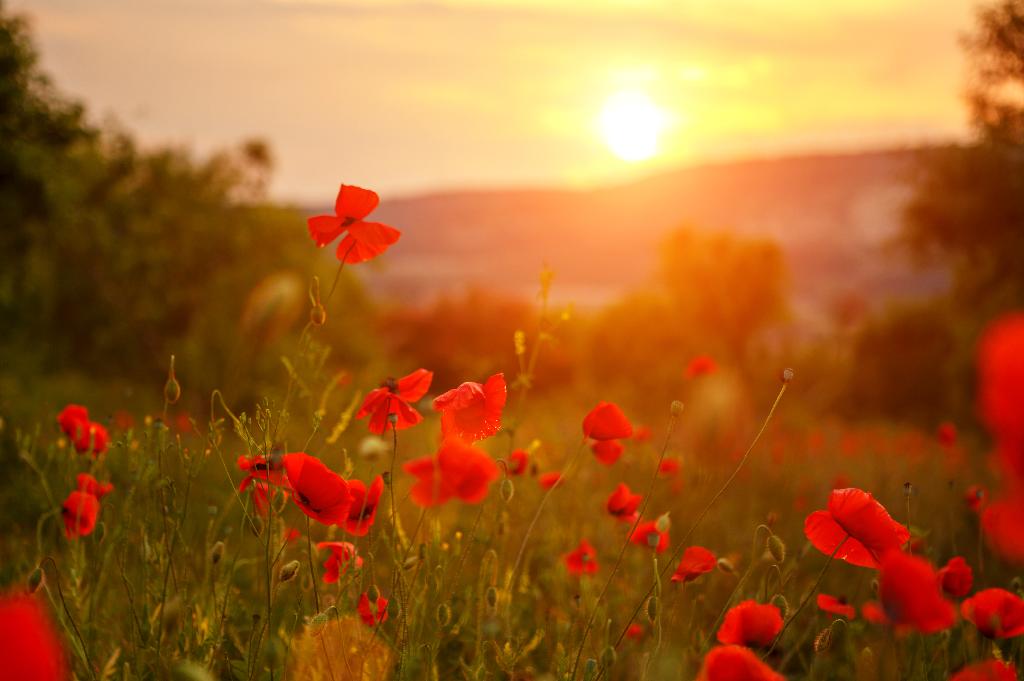 Below are the key morning and weekend press headlines, featuring the The Times, The Telegraph, The Daily Mail & more - see the full Press section here.

More than 210,000 workers in Britain are to receive a pay rise after the charity behind the living wage increased the national minimum hourly rate by 30p to £9.30. The Living Wage Foundation, which sets the voluntary measure, said London workers’ basic hourly rate will also rise, by 20p to £10.75, compared with the government’s “national living wage” of £8.21 for workers aged 25 years or older. The charity said the difference between its own living wage and the government minimum will be more than £2,000 a year nationally and almost £5,000 a year in London.

Private equity suitors are circling troubled banknote maker De La Rue (DLAR)FOLLOW  as they prepare to pick off its more promising businesses. Shares in De La Rue, which lost the prestigious contract to print Britain’s post-Brexit blue passport last year, tumbled last month after the firm released the latest in a string of profit warnings. Predators have now seized on this opportunity to look at snapping up De La Rue’s product authentication arm for a knock-down price. Three private equity firms –one headquartered in the UK and two US firms with London offices – are weighing up a bid for the division. De La Rue’s product authentication unit creates tracking software and physical labels to help prevent trade in fraudulent items, from cigarettes to official football shirts.

Tech giant Prosus is warning Just Eat (JE.) FOLLOW investors that it will walk away from its pursuit of the delivery company if they back a rival plan to merge with Takeaway.com. Despite being armed with a €20bn (£17bn) warchest, boss Bob van Dijk is telling Just Eat shareholders that Prosus is not interested in buying both companies. Just Eat has rejected a £5bn hostile swoop by Prosus, the Dutch arm of South Africa internet titan Naspers. Its board is instead recommending investors support a planned merger with Takeaway.com that was announced this summer. Mr van Dijk is to continue sounding out Just Eat investors this week in the hope of persuading them to back Prosus’ “full and fair” offer.

The risks facing potential investors in Saudi Arabia’s state-owned oil producer have been laid bare as the company prepares for what will be the world’s biggest initial public offering. Saudi Aramco has published the prospectus for its listing on the Tadawul stock exchange in Riyadh, a flotation that that could value the business at $1.5 trillion. The document, which was released late on Saturday night and runs to more than 650 pages, was scant on details about the share sale, but it did outline a host of risks, ranging from climate change to social unrest in the Middle East, that could threaten the business. The prospectus brings the longdelayed flotation a step closer. Saudi Aramco is the world’s most profitable company, generating net income of $111 billion last year. It is the world’s largest oil producer, with output of 10.3 million barrels of crude per day in 2018. Its flotation is the brainchild of Crown Prince Mohammed bin Salman, 34, who wants to use the money raised from the listing to overhaul the country’s economy. However, the share sale has faced delays and there is scepticism that the deal will achieve the $2 trillion valuation for the company that is being sought.

The new boss of Royal Bank of Scotland Group (RBS) FOLLOW faces the prospect of government intervention over its failure to persuade small business customers to switch to rival lenders. The official body responsible for overseeing the scheme may impose new conditions on the state-controlled bank to increase the number of switchers. This would represent an embarrassing start for Alison Rose, 49, who took on the top job a week ago and is the first woman to run a big British bank. RBS has been trying to transfer more than 100,000 small business customers over the past decade. It was ordered to make the move by the European Commission as part of state aid penalties after receiving a £46 billion taxpayer-funded bailout in 2008 and 2009. Under the latest version of the plan, launched in February, RBS was meant to switch 120,000 small and medium-sized customers via a specially created website to other banks by next August.

easyJet (EZJ) FOLLOW is set to step into the void created by the collapse of Thomas Cook Group (TCG) FOLLOW and reveal details of the launch before Christmas of its own package holiday business. Easyjet is to reveal plans to relaunch its own holidays subsidiary next week. Its move into packaged holidays is the fruition of a plan set in motion soon after Johan Lundgren became the airline’s chief executive nearly two years ago. Reworking its existing offering as a package holiday subsidiary puts Easyjet on the other side of the argument put forward by Michael O’Leary, Ryanair Holdings (RYA) FOLLOW chief executive, who said that the collapse of Thomas Cook showed that the age of the package holiday was dead. Mr Lundgren, a former senior executive of the TUI AG Reg Shs (DI) (TUI) FOLLOW, is understood to believe that a holiday subsidiary will become a “super-ancillary” revenue-raiser for Easyjet at a time when the airline’s company’s financial fortunes are treading water. Next week Easyjet is expected to report a drop of at least 3% in annual pre-tax profits from last year’s £445 million because of record losses suffered last winter and trouble turning its entry into the German market — via the acquisition of assets of the insolvent Air Berlin — into profitability. So-called ancillary revenues, or income additional to fares such as payments for reserved seats, are a strong growth area and already account for more than a fifth of Easyjet’s revenues.

ITV (ITV)FOLLOW has seen advertising sales lifted by its televising of the Rugby World Cup. Analysts expect the broadcaster of Jane Austen period drama Sanditon to record a 0.5% rise in ad sales for the three months to September when it updates the market on Tuesday. The Rugby World Cup is expected to have attracted more advertisers — although the update will cover only the start of the competition. It comes after ad sales at ITV fell during the first and second quarters by 7% and 2% respectively. Uncertainty over Brexit caused advertisers to cut spending and the broadcaster has struggled to match last year when it was boosted by the football World Cup in Russia.

American private equity giant Lone Star is understood to be among the bidders stalking parts of Kier Group (KIE) FOLLOW as the embattled builder attempts to raise cash. Kier is fighting for survival after racking up debts of about £500m amid turmoil in the construction industry. The company said in June that it would sell “non-core” assets including its house-building division, Kier Living. It has appointed advisers from CBRE to find a buyer for its investment and development arm, Kier Property. The division includes the Arena Central scheme in Birmingham, which it took control of last year for £30m. Early bids for the property business are understood to have been due last week, with several parties signalling an interest, including distressed-assets specialist Lone Star.

The German discount giant Lidl is set to ramp up the pressure on the big four supermarkets with bold plans to open another 230 stores. Christian Hartnagel, UK boss of the grocery chain, plans to open the extra stores in the next three years, taking its total to 1,000 by 2023. That accelerates Lidl’s growth plans after it previously said it would open 50 to 60 stores a year. Lidl and fellow discounter Aldi continue to spread across the UK despite the efforts of Morrison (Wm) Supermarkets (MRW) FOLLOW, Sainsbury (J) (SBRY) FOLLOW, Tesco (TSCO)  FOLLOWand Asda to narrow the price gap that has allowed their upstart rivals to undercut them dramatically. Aldi plans to open about 50 stores a year for the next two years, and between them the discounters now account for 14% of the UK grocery industry, according to researcher Kantar Worldpanel. That is up from just over 5% in 2008. The German companies initially focused their expansion on areas where land was cheap, but are now pushing harder in London and the southeast, where the higher rents have historically acted as a deterrent. In recent years, they have both invested more heavily in their premium ranges, which has helped draw in more affluent shoppers.

Infrastrata (INFA) FOLLOW is set to raise £6 million to seal the deal to save Harland & Wolff. Infrastrata says that it has launched an equity fundraising to complete the £5.25 million acquisition announced last month of the historic Belfast shipyard, which is much diminished from the days when it was capable of building the Titanic a century ago and supertankers in the 1960s. In recent years it has become a renewable energy fabrication business. The saving of Harland & Wolff from liquidation should lead to the 79 jobs remaining at the yard being saved. Infrastrata has launched an open offer that will allow private investors to subscribe alongside institutional investors and directors. The fundraising book will close today.

Sainsbury (J) (SBRY) FOLLOW has struck a deal to sell groceries in Australia in its biggest push to enter the wholesale market and catch up with its rivals. The supermarket has struck a partnership with Coles, Australia’s second biggest food and drink retailer, to supply its 2,400 outlets. Sainsbury’s is understood to be supplying its range of cupboard essentials, such as tins of soup, beans and dried pasta, and its homewares range. The retailer sells cooking equipment such as baking tins under its Tu label, but this will bear the Coles brand name in Australia. Coles wants to increase its range of own-brand products from 25% to about 40%. It has a 27% share of the Australian market but is facing stiff competition from Aldi, the discounter that is taking a similarly aggressive approach to expansion as it has done in Britain.

Two months into his tenure at Dixons Carphone (DC.) FOLLOW the new boss Alex Baldock launched a scathing attack on his predecessor declaring that he had found “plenty to fix” at the retailer in a classic example of kitchen sinking. His matter-of-fact assessment was served with a profit warning at the end of May last year. Things have arguably gone from bad to worse since. Another profit alert ensued; it had to admit the biggest data breach in UK history, albeit predating Baldock; the City watchdog then slapped Dixons with a £29m fine for mis-selling insurance to its customers a decade ago; there was a shareholder backlash over the chief executive’s £2.3m long-term share bonuses.

A top shareholder in Non-Standard Finance (NSF) FOLLOW is exploring a break-up of the doorstep lender in the wake of its failed hostile takeover of larger rival Provident Financial (PFG) FOLLOW. Alchemy, which specialises in investing in distressed companies and owns 19% of NSF, is understood to preparing to push the company’s board to offload its personal credit business Loans at Home. One senior City executive with close links to the company said Alchemy was likely to take an “active” role in an overhaul of NSF. Loans at Home is the UK’s third largest provider of instant loans and was acquired by NSF from consumer finance provider S&U in 2015.