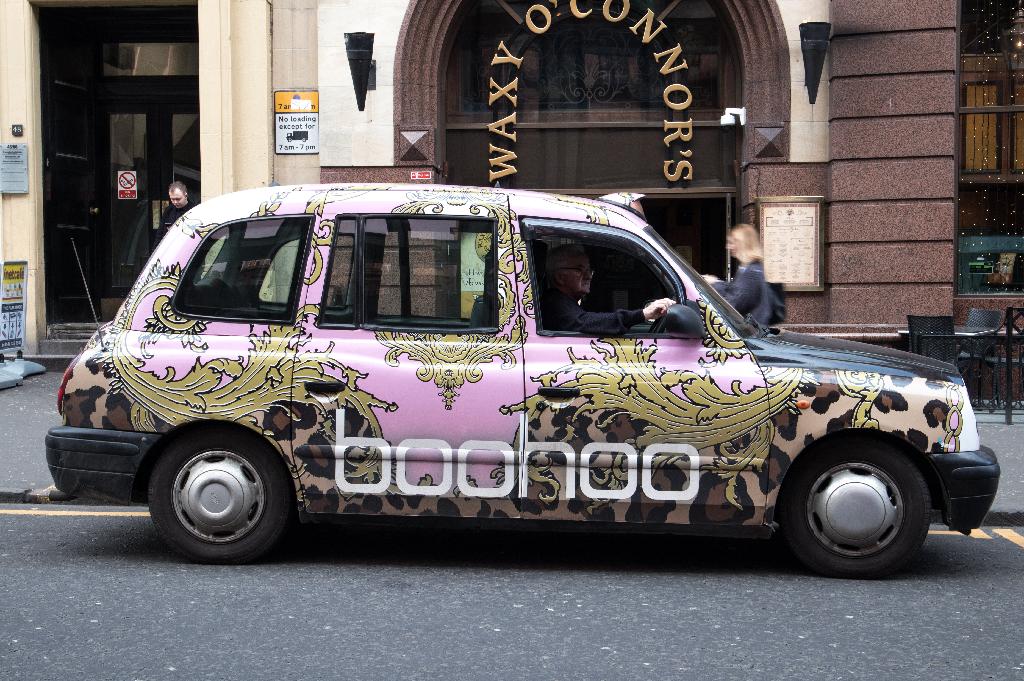 A collaboration with Little Mix and growth overseas have turbocharged sales at Boohoo.com (BOO) FOLLOW, prompting the fast-fashion retailer to boost its forecasts again as it heaps more pain on its high street rivals. Boohoo is now valued at £3.87 billion, more than Marks & Spencer, after its shares rose to 333¾p thanks to its “record” sales over the festive period. The online fashion retailer, best known for its bargain body-con dresses that appeal to its young customer base, unveiled a 44% surge in group sales to £473.7 million for the four months to the end of 2019. The company said the strong trading performance led it to expect full-year sales growth of 40% to 42%, compared with earlier forecasts of 33% to 38%. Boohoo said that it had a medium-term growth target of 25%, assuming that its market-defying sales performance cannot continue indefinitely. - The Times

The immediate future of Flybe Group (FLYB) FOLLOW was secured on Tuesday night after ministers agreed a rescue deal with shareholders to keep Europe’s largest regional carrier flying. The package of measures includes a potential loan in the region of £100m and/or a possible short-term deferral of a £106m air passenger duty (APD) bill, plus a pledge to review taxes on domestic flights before the March budget. After the spectre was raised of another UK airline failure, Flybe’s owners Connect Airways – a consortium led by Virgin Atlantic – were persuaded to commit millions more to cover ongoing losses. The government is still in negotiations to finalise any loan to Flybe, and although Treasury sources denied reports that it had agreed to defer outstanding APD, it is understood that HMRC could allow the airline a short-term extension to settle its debt. - The Guardian

Mcbride (MCB) FOLLOW investors headed for the exit as one of Europe’s largest suppliers of cleaning products warned that profits would be about 15% lower than expected because of rising costs and falling sales. McBride said that the UK had proved a particularly difficult market, with the final two months of the year slowing further. There was better news elsewhere for the maker of Limelite kitchen and Clean’n’Fresh, with growth in its Asian markets at about 10.7%. The company said: “In the absence of significant raw material cost changes, the board now expects full-year adjusted to be approximately 15% lower than current market expectations, reflecting the impact of lower revenues.” It also said that it had initiated a review of its strategy and operations. - The Times

GlaxoSmithKline (GSK) FOLLOW is well advanced in developing a suite of vaccines which will guard against respiratory viruses in children and lung diseases in adults – part of a pipeline of 17 ground-breaking treatments. The British drugs giant is the world leader in vaccines with a turnover of £5.9billion in the first nine months of the year. The company’s Shingrix vaccine, used to defend against shingles, is a global blockbuster, widely available in the US, Germany and Canada, and has generated £1.3billion of sales so far in the current financial year – double the sales of a year earlier. The speed of the take-off in Shingrix has led Glaxo to update sales projections twice this year and the group is adding a new production line to meet unexpectedly strong global demand. - The Mail

Games Workshop Group (GAW) FOLLOW is hoping to replicate the success of hit fantasy TV shows such as The Witcher with a new series based on its Warhammer 40,000 tabletop game. As the high-street fantasy-figure seller’s shares hit an all-time high, the company said a series based on the Eisenhorn books, set in the game’s dystopian universe, was in development. The novels follow the adventures of the Imperial Inquisitor Gregor Eisenhorn as he scours the galaxy for heretics and demons. The Games Workshop chief executive, Kevin Rountree, said work on the show was progressing well as the company reported record half-year sales and profits. “No production contracts have been signed yet,” he said. “Our experts continue to work with our external partners learning how this industry works to ensure, if it does go into production, our first TV show is not only true to our IP but is a commercial success too.” - The Guardian

Lekoil Ltd (DI) (LEK) FOLLOW shares plunged more than 70% today in its first day of dealings after it emerged it may have been scammed over a non-existent $184m (£157m) loan. Investors dumped the AIM-listed company which had suspended its shares throughout Monday after it emerged it may have been tricked into thinking it was getting a loan from the Qatar Investment Authority. The case is an embarassment for Mark Simmonds, the former Africa minister and MP who joined the board of Lekoil last week. He is now leading an investigation into the loan, of which he had no prior involvement. Lekoil had paid a $600,000 arrangement fee to a company called Seawave Invest which it now believes introduced it to people pretending to be from the QIA with whom it set up the loan. - The Telegraph

Live Company Group (LVCG) FOLLOW was on the up after inking a three-year deal with Entertainment One Limited (ETO) FOLLOW. This will give it the rights to use characters from the phenomenally successful cartoon series Peppa Pig in its Brick Live tours in the UK and Ireland. It expects to launch the first Peppa Pig-themed tour, where under-12s take part in brick-building games and activities, later this year. - The Mail

A leading shareholder in Consort Medical (CSRT) FOLLOW has come out against a “galling low-ball” £505 million takeover offer from a Swedish rival. JO Hambro Capital Management said that Recipharm’s recent £10.10-a-share cash bid was opportunistic and that Consort’s board had been surprisingly quick to recommend it to shareholders. The investor suggested that should the takeover fail, new management should pursue a different strategy, including repairing and selling Consort’s struggling Aesica division. - The Times