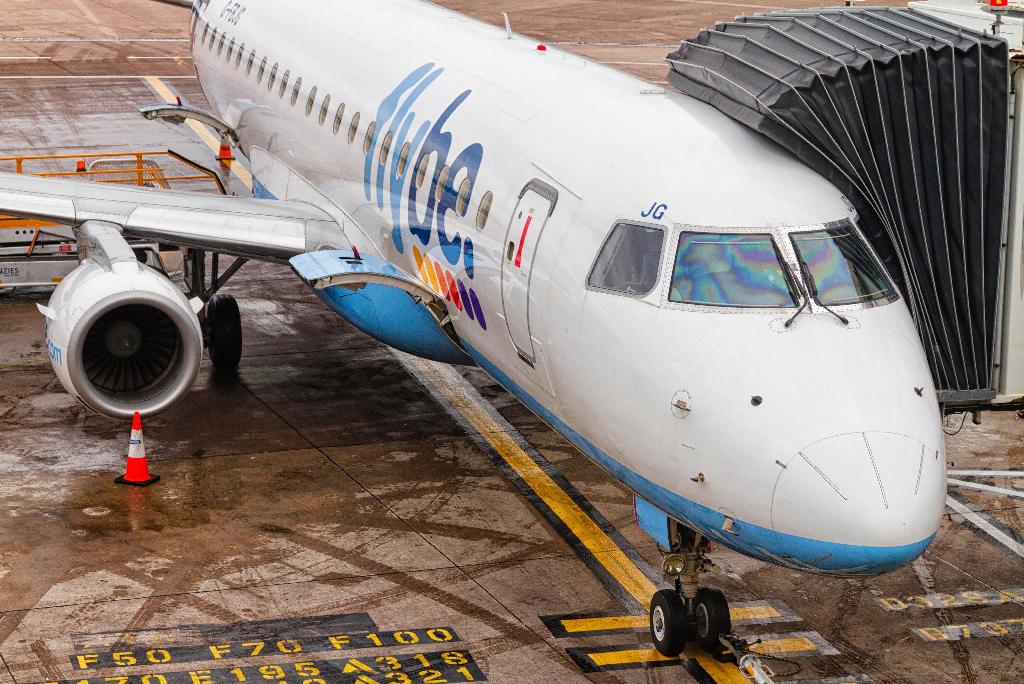 The government has been urged to do “whatever it takes” to ensure the survival of Flybe Group (FLYB)FOLLOW , Europe’s largest regional carrier, as trade unions and MPs demanded the rescue of an airline that operates almost two in five British domestic flights. The Exeter-based airline, which flies 8.5 million passengers a year between 56 airports across the UK and mainland Europe, is seeking financial help from ministers to stave off a collapse that would put more than 2,000 jobs at risk. The airline and government declined to comment on reports of ongoing talks between the carrier and the Department for Business, Energy and Industrial Strategy and the Department for Transport, about whether the government might provide or facilitate emergency financing. Sky News reported on Monday evening that Flybe had asked the government to defer a multi-million pound air passenger duty bill in order to see the airline through the rest of the winter. Mark Anderson, the chief executive of Connect, told Flybe staff in an email on Monday morning: “We continue to operate as normal … I do appreciate that the headlines are disturbing but I want you to know that we are determined to everything we can to make this work. “What I now ask from all of us is that we all remain focused on our responsibilities and continue to work and support each other as a team to deliver what we know we can do.” - The Guardian

Former Africa minister Mark Simmonds faces embarrassment after a company he joined last week warned it may have been scammed over a non-existent $184m (£157m) loan. Mr Simmonds has launched an urgent investigation into the deal, in which oil explorer Lekoil Ltd (DI) (LEK) FOLLOW appears to have been tricked into thinking it had secured cash from the Qatar Investment Authority (QIA) for a project in offshore Nigeria. Lekoil hired the ex-Foreign Office minister as a non-executive director last week and suspended its shares on Monday. The Aim-listed explorer said it appeared to have struck a deal not with the QIA but with individuals masquerading as its representatives. It said: “The company will be contacting the relevant authorities across a number of jurisdictions without delay, with regard to what appears to be an attempt to defraud Lekoil.”. - The Telegraph

Savills (SVS) FOLLOW shares jump after announcing that the UK commercial and residential markets picked up after last month’s general election. The real estate business said its full-year results for 2019 will be at the ‘upper end’ of expectations, following an ‘excellent’ performance in the UK. Savills said that Brexit uncertainty had restrained UK growth until mid-December, but saw ‘a strong close to the year as confidence to transact returned to the market’.  The firm also said it was particularly ‘resilient’ as it faced challenging backdrops in both the UK and Hong Kong.  In Hong Kong, Savills said the political unrest had a severe impact on trading from the middle of 2019 and continues to press on performance in the region. It announced that, as a result of the political backdrop, its Asia Pacific region has performed ‘slightly below’ expectations, while the company has also seen an increase in the time taken for its Australian business to bear fruit. - The Mail

Spirent Communications (SPT) FOLLOW expects its profits to rise by a fifth thanks to increasing investment in faster fixed-line and mobile networks. Spirent Communications said that its revenues had risen to $503 million last year and that adjusted operating profit would climb from $77 million to between $91 million and $93 million. The earnings projection was 10% higher than investors had expected. “Good momentum continued into the final quarter of 2019, with the group securing a number of important contract wins,” the company said. Spirent highlighted increased spending by customers on the next generation of mobile phone networks, known as 5G. Telecoms companies are also upgrading their fixed telecoms networks to meet soaring demand for high-speed internet access, boosting sales of Spirent’s products and services. - The Times

AstraZeneca (AZN) FOLLOW is braced for a $100m (£77m) hit after it was forced to axe a fish oil tablet which was found to be ineffective at treating a condition linked to heart disease. The drugs firm said it will halt trials, which were at their most advanced and expensive stage, on the drug. Called Epanova, it was valued at $533m in previous accounts. The drug was intended to treat patients with a condition called mixed dyslipidaemia which causes abnormal levels of cholesterol and fatty substances in the blood known as triglycerides and can lead to heart disease. - The Telegraph

William Hill (WMH) FOLLOW said profits for the past year are expected to have surpassed expectations after it was buoyed by favourable sporting results in December. The gambling giant said this helped to boost its retail division and increase total group profits. It expects operating profits from continuing operations in 2019 to have been between £143million and £148million. The company said it made ‘good progress’ despite a challenging regulatory backdrop which saw its retail business hit by a heavy reduction in the maximum stake for fixed-odds betting terminals. - The Mail

Relx plc (REL) FOLLOW has spent $375 million on a small American company that helps clients to spot fraud and credit risks. In one of its largest takeovers of the past decade, Relx is buying ID Analytics, which is based in San Diego, California, from Norton Life Lock, a listed software developer. The company will fold the business into its Risk and Business Analytics division, which operates under the Lexis Nexis Risk Solutions brand. Analysts at Barclays called it a “small deal in the context of Relx”, but said that it made “a lot of sense strategically”. The company was “not a major acquirer of businesses, so anything that they buy in the hundreds of millions is noteworthy”, the analysts added. - The Times

Aston Martin Holdings (AML) FOLLOW needs a £500m cash injection within weeks to stabilise the embattled luxury car maker. The prediction was made by analysts at Redburn and follows talks the company is understood to have held with several foreign potential investors. Falling sales and profits combined with the expense of launching the DBX, the company’s first SUV, have put intense pressure on Aston’s finances, with its almost £900m debt pile leading some to think the business is close to breaching its banking covenants. According to reports, Chinese electric car battery maker CATL is the latest in a series of groups to have held discussions with Aston about an investment to prop up its finances. Fellow Chinese automotive group Geely – which owns Lotus, black cab maker LEVC, Volvo and Lynk & Co – is also said to be interested. - The Telegraph

Shares in Verona Pharma (VRP) FOLLOW were the day’s stand-out performers after its phase IIb clinical trial was hailed as a big success. Verona has developed a treatment for a life-threatening respiratory condition called chronic obstructive pulmonary disease. Patients were given the Verona drug as an add-on to the current, established medication. The results of the trial were described as impressive. - The Mail

Shares in Pennon Group (PNN) FOLLOW soared to an all-time high after it emerged that the daddy of the international buyout market KKR has been sniffing around the group with a reported £4 billion offer for its rubbish clearance and recycling business Viridor. The City was betting that both Viridor and South West Water could become bid targets. The former has been a candidate for sale ever since Pennon announced a strategic review of the shape of the business last autumn. That signal that Pennon could demerge or dispose of Viridor had pushed Pennon stock toward record highs. News that KKR, the American private equity firm formerly known as Kohlberg Kravis Roberts, had approached the group over Viridor and that an auction could break out, sent the shares to new peaks. - The Times