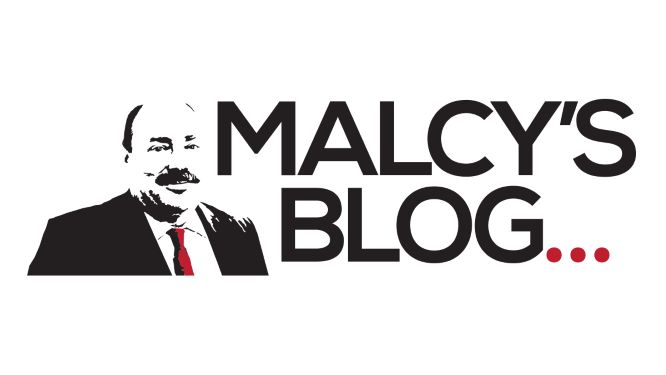 Yet again it was the trade talks bogey that scotched the oil price yesterday after President Trump returned from his golfing holiday in Ireland to take another broadside at China. Some analysts worried about oil inbound to Chinese refiners but I don’t see that as a problem over the long term, demand will still be high they are just buying less US crude oil.

The retail gasoline market in the US which I monitor rather sadly has definitely gone over the top and interestingly as we start the driving season, this is because the refiners got greedy and have have runs at a historic high level and as a result we have seen product inventories rise and prices fall. The average US gallon is now $2.73 which is down 7.5c w/w and down 17.9c y/y.

An update from AMER this morning which looks very positive but also alludes to more excitement to come. This is partly as the ANH has given formal approval to the Oxy farm-out which gives them 50%in four exploration blocks at a cost of $93m. This covers the exploration and appraisal programme for 2019-2021 including 2D and 3D seismic and 100% of a five well drilling programme. CEO John Wardle is clearly pleased to announce that work has already started on this programme.

Elsewhere, the Plat-26 infill well has been a success with the well producing 710 b/d from 46 feet of pay in the ‘U’ Sands, next stop is the sidetrack that is continuing on Plat-22. There is also good news in the production update which is currently at a perky 6,800 b/d bringing up the yearly average of 5,300 b/d. This includes the Plat-26 infill and CPO-5 production but not current exploration drilling.

At CPO-5 Sol-1 is at TD where logging operations are under way, after this the rig moves to drill the Indico-2 appraisal well so obviously not long to wait but no clues here. Amerisur is clearly firing on all cylinders and with third party crude through the OBA and the Oxy deal now starting to come into fruition the outlook is positive. A successful result at Sol would be good but appraisal of  the existing discovery at Indico is also very important whilst the drilling at Platanillo is clearly having very meaningful results. All in all the company is set fair and the share price, like a number of others looks way too cheap.

Following their recent AGM and the presentation by MD Cath Norman I took the opportunity to speak to the company especially as they have a busy couple of months coming up. It is worth taking a look at the presentation on the website as it goes into a great deal of detail about ongoing operational matters, at the AGM Peter Nicholls, Exploration Manager and Rolf Stork, Asset Manager The Gambia both expanded on Far’s activities in the last year and looked forward.

Starting with Senegal, a great deal of hard work has taken place recently and the company are on track for Final Investment Decision in 2H of this year with development drilling starting in 2021, first oil in Phase 1 of 100/- b/d expected in 2022 and possible gas in 2024. 2019 also sees the application to appraise the FAN, SNE North and Fan South discoveries and the 3D seismic acquisition is expected early in Q3. With 5bn barrels estimated in place the work has been very much on the go all the time, the FEED started in December 2018 and has now included the FPSO commencing with MODEC and the subsea underway with Subsea Integration Alliance.

Following a press article recently there has been a good deal of speculation about some partners farming-out all or part of their interests in the SNE field. Cairn have always had the intention to sell down pre-FID and now have a data room open and I understand that offers have to be in by mid-June. Whilst Far have had a data room open for the development funding process, they have not retained any investment bank, although should there be significant interest it is very much an option to sell a small stake in the process. Cairn appear to be using the Far, top end numbers in their offering which should, in my view, rerate upwards the overall value of the field. Given the highly popular nature of the West African coast in recent years I would imagine that all the usual suspects are either in the data room and either have or are at the latest stage of preparing, their bids.

To put all this into context Far has calculated that their net development financing costs are of the order of $411m of which 50% would ideally be covered by JV project financing. In a recent presentation the company detailed their remaining options as 1) a partial sell-down of equity, 2) Mezzanine finance or 3) a bond issue. Accordingly, it is possible that with significant demand they might just add something to the sale process, there would be restrictions on how much they could sell and it could depend on the appetite and how much Cairn sells. Far are clearly working on a number of different structures/options for the deal before they move into the execution of Phase 1 expected in three months.

At this stage it is worth briefly looking at the arbitration process which as always seems to go on ad infinitum. As I understand it the hearing is currently scheduled for the 8th-12th of July and Far appear as confident as possible and have a very good case. Note that I don’t see this as a difficult outcome given the indemnity agreement signed between COP and Woodside.

Moving on to The Gambia where the Samo-1 well was disappointingly dry although operated by Far highly efficiently and had many traces of hydrocarbons that gives serious hope for other prospects in the area. Mapping is continuing in the blocks Far has a good relationship with Petronas and the team is moving on with a great deal of local knowledge about as many as 5 prospects but Samo may have migrated and so Bambo might be the next target. Far believe they can intersect both Bambo and Soloo in one well to test both prospects. FAR is likely to move into the next licence term mid-year where they will have a commitment to drill one more well in either block A2 or A5 possibly in 1H 2020. Finally, on The Gambia there is the small matter of the remaining 20% which Erin Energy kept when it sold A2 and A5 to Far but since then Erin has filed for bankruptcy and negotiations continue but Far must remain confident that this stake will revert to them in due course.

Finally, Far have a 21.42% WI in the Sinapa and Esperanca blocks in Guinea-Bissau with Svenska Petroleum which I understand a major NOC is farming into the acreage. Far has held this for a long time and it seems that it is not at the top of the list of preferences to drill so if they could farm down their interest or even just the well that might appeal. With the area attracting all the majors of late, the news of a deal would not be a surprise.

Far is in a fascinating place at the moment, as documented above it is at a crucial time as part owner of a truly world class asset in Senegal where I expect the valuation to grow as the suitors line up for Cairn’s stake. Whilst Samo-1 was a disappointment you cannot write off frontier acreage on the back of one well and Petronas know that they have an interesting ticket in this potentially huge play, they will return next year again. Far is well funded and knows how to ensure that it will meet its share of the SNE development without any problem as far as I can see. They have supportive shareholders, one of the very best management teams in the industry and at 6c and a market cap of A$357m are a very attractive long term investment in an area where way bigger oil companies would like to be playing in their space.

INFA has announced that it has signed a deal with Vitol as its exclusive off-take partner for its Islandmagee gas project for a 12 year period. Whilst there is still much work to be done readers will know that I am not surprised that Vitol have stepped up here in a deal that could be most exciting for both parties.

History was nearly made last night as the Toronto Raptors went into game 5 of the NBA finals leading the Warriors 3-1 but in a tight game the GSW won 106-105 taking the score to 3-2 and still every chance for either side to win. Toronto however have home advantage next…