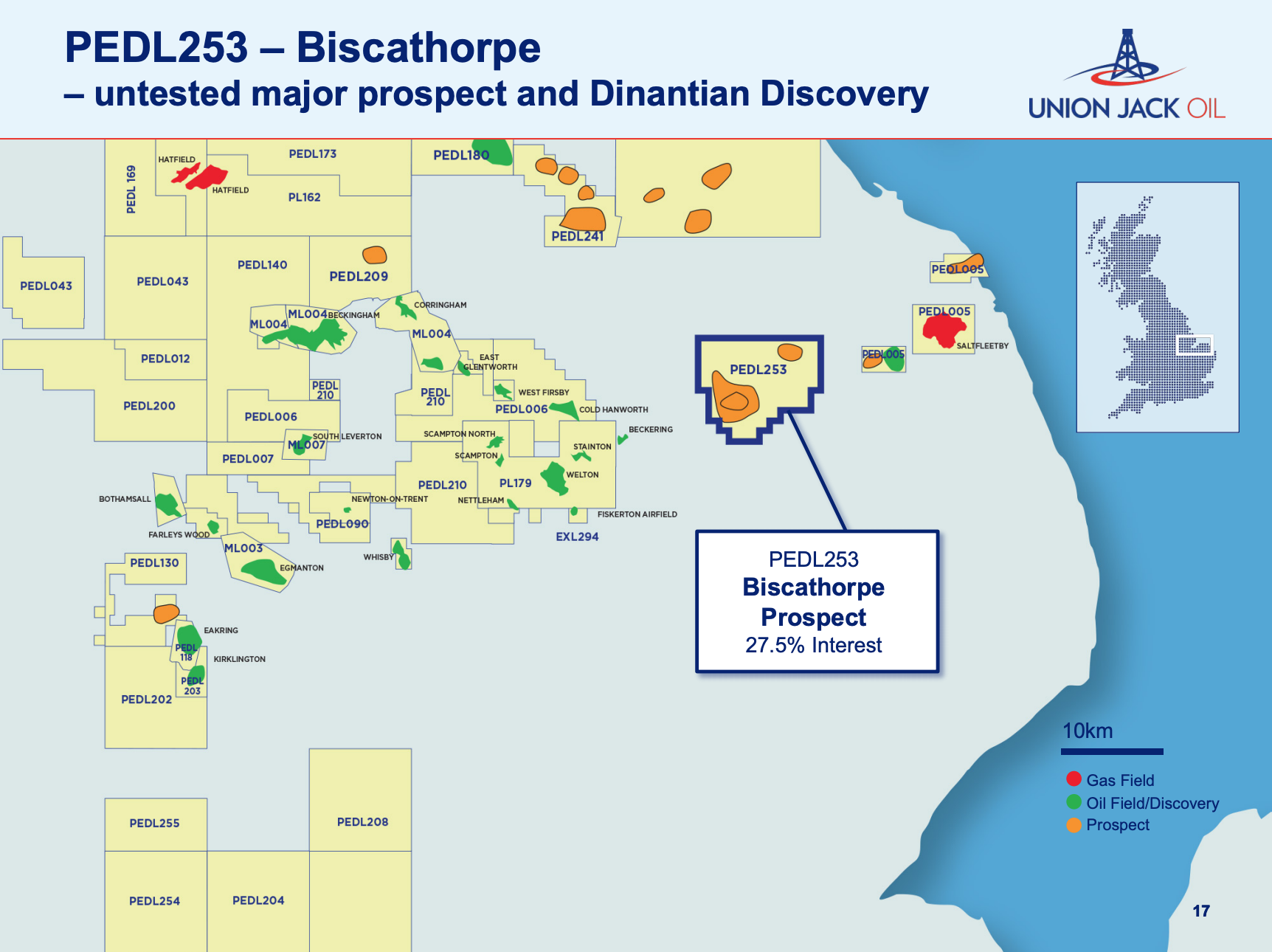 Union Jack Oil plc (AIM: UJO FOLLOW) has announced the acquisition of a further 3% of PEDL253 containing the Biscathorpe project and resolved the dispute between the joint parties to PEDL253

Union Jack Oil has entered into a Sale and Purchase Agreement (“SPA”) with Montrose Industries Limited to purchase a further 3% interest in PEDL253, which will increases the Company`s economic interest to 30%, following the implementation of the terms in the SPA.

The consideration for the additional interest is £115,000 which will be paid from the Company`s existing cash resource.

Upon completion of the SPA and Settlement Agreement, the interests held in PEDL253 will be as follows:

David Bramhill, Executive Chairman of Union Jack Oil plc commented: "We are pleased to have been offered this opportunity to increase our interest to 30% in Biscathorpe, where a potentially material and commercially viable hydrocarbon resource remains to be tested.

"The collective extensive technical information analysed over the past several months, combined with the APT conclusions on the likely presence of good quality oil have materially upgraded the resource potential and economic value of the project, upholding our opinion that PEDL253 remains one of the UK's largest onshore un-appraised conventional hydrocarbon licences.

Having retained the wellsite, the joint venture has preserved its optionality to pursue a cost-effective side-track to test the resource potential of not only the Basal Westphalian Sandstone play and also to appraise the oil column demonstrated in the deeper Dinantian Carbonate reservoir.”

Union Jack has also announced that the joint parties to PEDL253, including Humber Oil & Gas Limited, have now resolved a dispute arising under the Joint Operating Agreement.

David added: “We are pleased that agreement has been reached with Humber, enabling the project now to move forward with full support from all partners. We look forward to providing further updates to shareholders as the Biscathorpe project develops."

Shares in Union Jack Oil improved 2% on the news