Do you want to get instant company alerts to the front screen of your smartphone? Download the Vox Markets app here: www.VoxMarkets.co.uk/app

Brick Live is a network of partner-driven fan-based shows using BRICKLIVE-created content worldwide. It owns the rights to BRICKLIVE - interactive experiences built around the creative ethos of the world's most popular construction toy - LEGO®. BRICKLIVE actively encourages all to learn, build and play, and provides an inspirational central space where like-minded fans can push the boundaries of their creativity. Brick Live Group is not associated with the LEGO Group and is an independent producer of BRICKLIVE.

Parallel Live was founded by David Ciclitira in 2015 and owns the rights to promote BRICKLIVE in the USA. It is responsible for running and promoting those events through its US joint venture, Parallel Three Six Zero. The first event will be taking place at The Star in Frisco in January 2019.

Bright Bricks Ltd was established in 2010 and has built over 1,000 models made from more than 60 million LEGO bricks since then. Clients include major blue chip companies such as: Rolls-Royce, Google, BT, Land Rover, Warner Brothers, LEGO, General Electric, The National Gallery, Maersk and Lufthansa.

Shishir Poddar, Managing Director of Tirupati Graphite a graphite miner, producer and manufacturer talks about their business and their intention to list on the main market in Q1 2019.

"The Purpose of our existence is to provide our customers with good and services better than they expect, with a global process of operations and in the process, create values for shareholders, improve quality of life and contribute to the upliftment of society and to the building our our nation." The Tirupati Graphite Group has been a leader in Flake Graphite manufacturing over 2 decades. TCCPL, the Flagship company of the Tirupati Graphite Group was formed in the year 2006 and operates Graphite mines and processing plant in the State of Jharkhand, India. 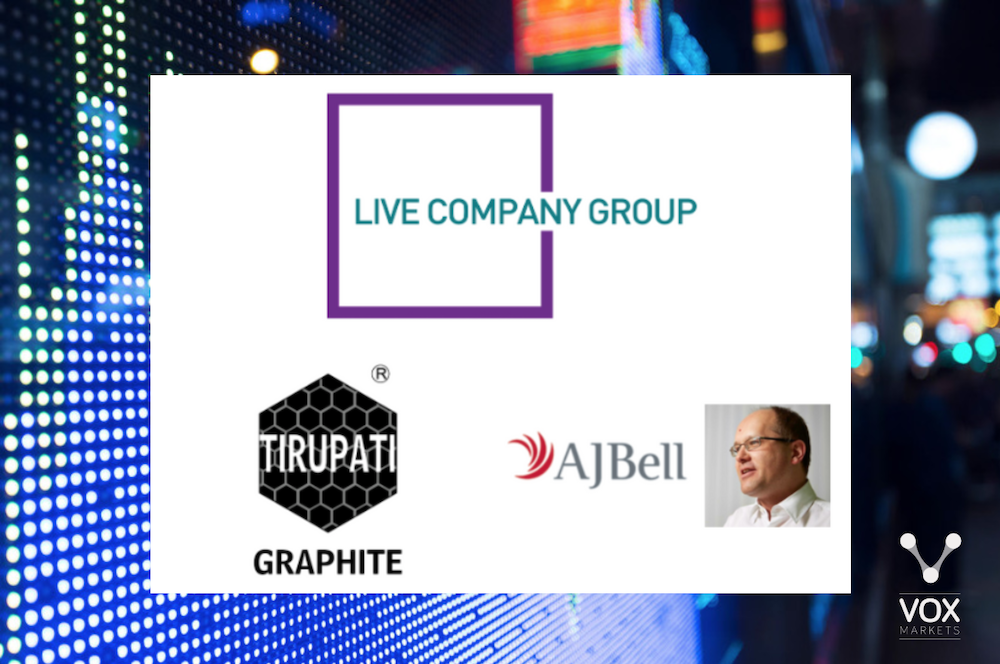