Predator Oil & Gas, Galileo Resources and Chris Bailey on 3 stocks with new out

Do you want to get instant company alerts to the front screen of your smartphone? Download the Vox Markets app here: www.VoxMarkets.co.uk/app

Near-term expansion and growth potential is focussed on upscaling the C02 EOR operations in the Inniss-Trinity oil field and potential acquisitions of assets suitable for C02 EOR development, subject to all necessary approvals. In addition, Predator also owns and operates exploration and appraisal assets in current licensing options offshore Ireland, for which Successor Authorisations have been applied for, adjoining Shell's Corrib gas field in the Slyne Basin on the Atlantic Margin and east of the Kinsale gas field and Barryroe oil field in the Celtic Sea. A Successor Authorisation has been granted for the Celtic Sea asset whilst the result of an application for a Frontier Exploration Licence over the Slyne Basin exploration asset is is pending. Predator is operator of the Guercif Petroleum Agreement onshore Morocco which is initially prospective for Tertiary gas in prospects less than 10 kilometres from the Maghreb gas pipeline.

Galileo Resources is a focused resource company whose mission is to identify above average projects where the fundamentals are fully understood and have been released by significant raw data capture. It has interests in the Star Zinc Project Lusaka, Zambia, Glenover Rare Earth Project Limpopo Province in South Africa, the Concordia Copper Project, Northern Cape Province in South Africa and the Ferber Project Elko Country in Nevada, USA. 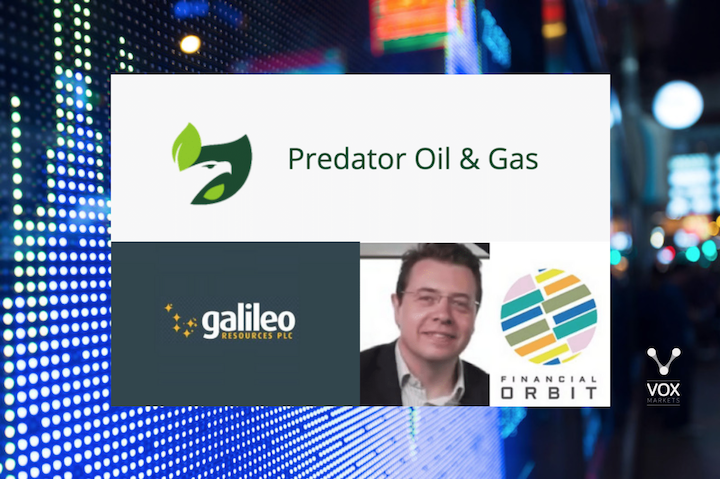