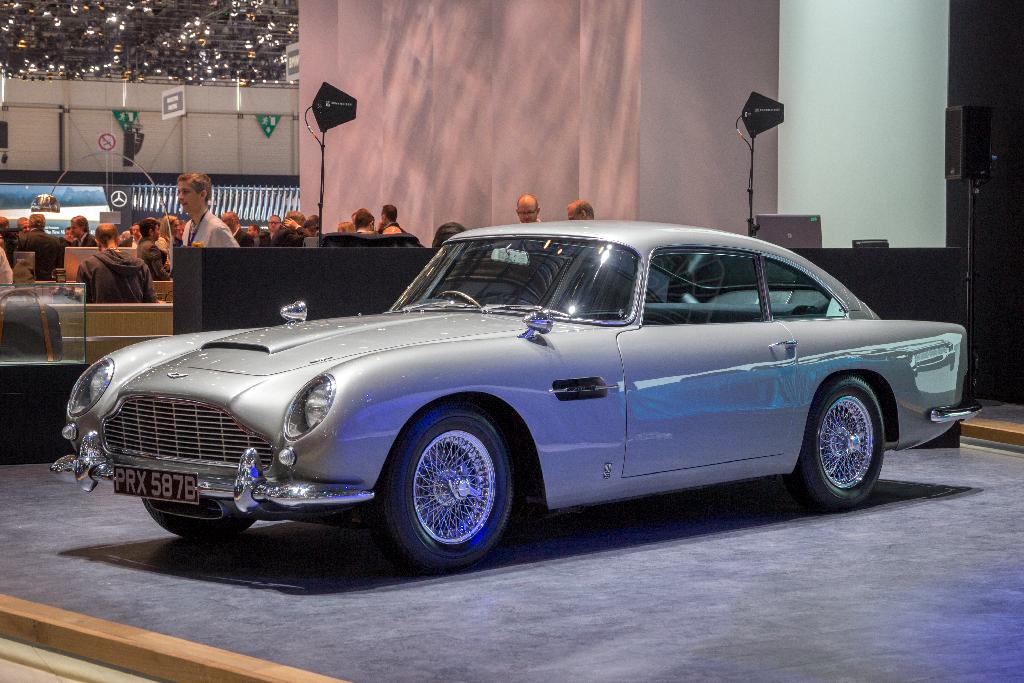 Lawrence Stroll, the billionaire owner of the Racing Point Formula One motor racing team, is said to be preparing to bid for a significant stake in Aston Martin Holdings (AML)FOLLOW . Mr Stroll, 60, father of Lance Stroll, 21, the Formula One driver, is heading a consortium to take a “major shareholding”, according to Autocar magazine. The Canadian made his money investing in and building brands including Pierre Cardin, Ralph Lauren and Tommy Hilfiger.

Overhauling its website and avoiding a much-feared systems crash has been toasted as a significant victory by Dunelm Group (DNLM) FOLLOW investors who were cheered by a boost to profit forecasts. Shares in the homeware retailer rose by almost 20% yesterday after Dunelm issued an unscheduled trading update to tell the City that its website overhaul had gone smoothly and that profits would now be higher than expected. However, Dunelm said that the boost to guidance assumed “no significant change in consumer demand as a result of the outcome of the general election”.

The owner of the Daily Mail said yesterday that it was primed for further deals after spending £50 million on the i newspaper last week. Daily Mail and General Trust A (Non.V) (DMGT) FOLLOW vowed to use some of its £247 million cash pile to buy “attractive” businesses if and when they come up for sale. It also will invest more in its existing businesses. Paul Zwillenberg, 52, chief executive, has pruned DMGT’s empire since joining three years ago, offloading assets including its interest in Zoopla, the property portal, its controlling stake in Euromoney, the listed financial information publisher, and selling Genscape, an energy information provider, for $364 million. The disposals have clipped earnings, according to its latest annual results. Adjusted revenues fell by 1% to £1.4 billion in the 12 months to the end of September and adjusted pre-tax profits dipped 21% to £145 million.

IG Group Holdings (IGG) FOLLOW has warned that its performance was held back by strict new regulations brought in last year. IG Group said yesterday that it expects its net trading revenue for the six months to the end of November to be about £250 million, just shy of the £251 million it generated in the same period last year. The European Securities and Markets Authority introduced a series of new rules on contracts for difference last summer, designed to protect inexperienced traders from racking up big losses.

Metro Bank (MTRO) FOLLOW biggest investor has sold another chunk of his stake as supporters of founder Vernon Hill pull back from the troubled lender. Hedge fund billionaire Steve Cohen revealed the fourth cut to his holding in Metro in less than a fortnight on Thursday afternoon, taking it to 5.8%. The American has been one of Mr Hill’s staunchest backers, and bought into the lender when it was founded in 2010 as the first new British high street bank for more than a century. But he has joined a major sell-off which has sent Metro shares plummeting since the bank unveiled a major accounting error in January.

Joules Group (JOUL) FOLLOW said its performance over the last six months had been ‘robust’. On the back of its strong performance, Joules confirmed it is opening four new stores before Christmas, ‘in desirable locations and on attractive terms.’ The high street retailer credited its ‘disciplined’ promotional activity and strong online growth for a jump in sales for the half year. Joules saw its revenues rise by 1.3% in the half year to November, driven by a 3.1% uptick in retail revenues. The figures have been adjusted to take into account the later Black Friday this year. The retailer, which is well known for its floral wellies and polka dot rain coats, said its performance had been bolstered by its ‘distinctive product offer, enhancements to the customer proposition and continued growth in our active customer base.’

AJ Bell (AJB) FOLLOW has posted record profits this year, a year after the broker and online trader became a publicly traded company. Profits at the Salford Quays firm rose by a third to £37.7million in the year to September on higher revenues of £104.9million. The company also recorded a stronger balance sheet, an increase in retail customers and larger dividends. Its chief executive Andy Bell has also announced that AJ Bell would donate £10million to help disadvantaged young people in the UK. The CEO said the firm’s growth underlined the ‘strong endorsement of the business model and growth strategy’ that was instituted before the company’s IPO in December last year.

Shares in Microsaic Systems (MSYS)FOLLOW  surged after the chemical instrument maker signed an exclusive distribution deal with the Japanese firm ST Japan. Microsaic, which was spun out of Imperial College London, makes mass spectrometers that analyse the chemical make-up of substances. Lab equipment seller ST Japan will distribute Microsaic’s 4500 MiD to Japanese pharmaceutical and environmental firms, among others.

BP (BP.) FOLLOW has increased its stake in the British solar venture Lightsource BP as it prepares to strike a deal to power its offices with renewable energy from next year. The companies announced plans to set up a 50:50 joint venture almost two years after BP made its return to the solar market by snapping up a 43% stake in Lightsource for £200m. BP will increase its stake in the company by buying new shares for an undisclosed price to help accelerate Lightsource BP’s solar power targets. It had hoped to grow its portfolio to 6GW of capacity by 2023 but plans to reach 10GW over the same timescale.