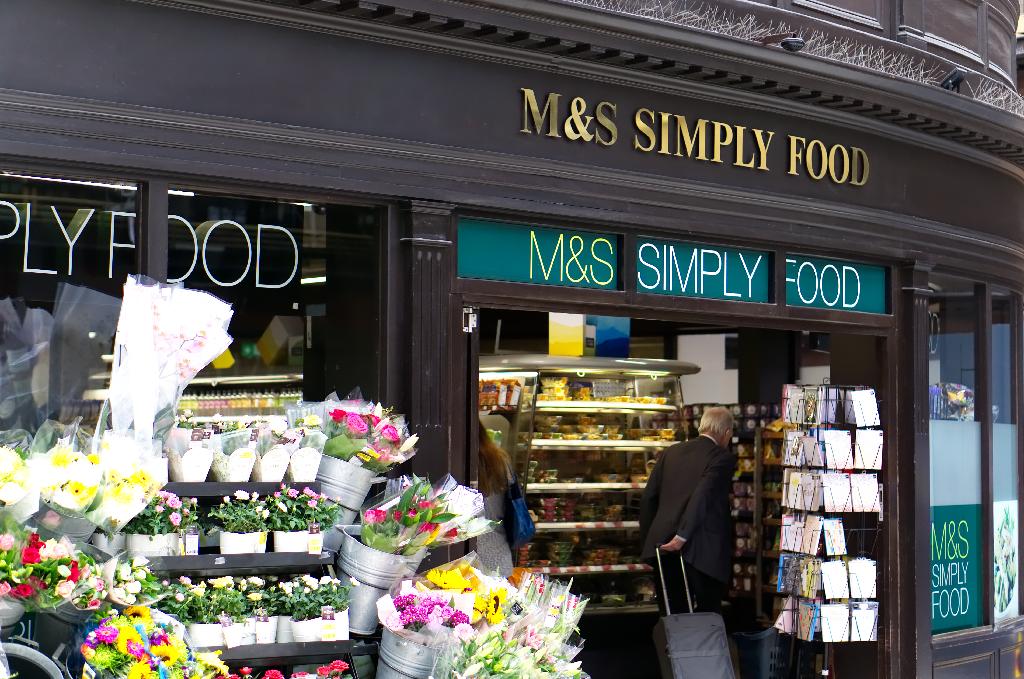 Ocado Group (OCDO) FOLLOW has said its product range will be 50% bigger and offer lower prices and better quality products when it switches from Waitrose to Marks & Spencer Group (MKS) FOLLOWnext year. The online grocer’s finance chief, Duncan Tatton-Brown, said it will stock 6,000 M&S products, compared with the 4,000 it sells as part of its supply deal with Waitrose, which ends in 2020. The alternatives on offer would be the “same price or lower, and of the same quality or better” than the Waitrose ones, he said. “Marks & Spencer has a lot more products than Waitrose so customers should find matching products from the existing range at the same or a cheaper price – and a few things they didn’t know they needed,” said Tatton-Brown.

The hedge fund owned by the billionaire investor and anti-Brexit donor George Soros has made a £16m bet against shares in the owner of the Daily Mail newspaper. SFM UK Management, the London arm of the New York-based Soros Fund Management, this week took out a short position representing 0.9% of the shares of Daily Mail and General Trust A (Non.V) (DMGT)FOLLOW , according to filings to the Financial Conduct Authority published on Thursday. DMGT, which also owns the Metro newspaper, bought the i newspaper and website at the end of November for £46.9m. However, its crown jewel is the Mail titles, including the Mail on Sunday, Daily Mail and Mail Online, which have been intensely critical of Soros because of his donations to liberal causes.

Serco Group (SRP) FOLLOW is poised to pay its first dividend since 2014 after the outsourcer’s UK operations returned to growth. Yesterday Rupert Soames, Serco’s boss, said the business had turned a corner and was finally considering a payout to patient investors.  The 60-year-old said the company’s full-year results in February were expected to be ‘all for the good’ thanks to a healthy order book and its recovery in the UK. He added: ‘My starting point is that you should pay a dividend unless there are very good reasons why you can’t.’

PZ Cussons (PZC) FOLLOW is to part with its long-serving chief executive after warning that profit and revenue fell in the first half of the financial year. Alex Kanellis will step down from his role after 13 years in charge. In a trading update yesterday, management warned that challenging conditions on the High Street ‘adversely impacted overall revenue and profit’. It came in a period when PZ Cussons sold its Greek and Polish businesses in an attempt to streamline operations, and it now expects the next six months to improve.  However, the firm added: ‘Full-year revenue and adjusted profit before tax is expected to be modestly below the prior year on a like-for-like basis.’

Anglo African Oil & Gas (AAOG) FOLLOW is slashing costs after the government authority it is partnered with in the Republic of Congo has failed to pay it more than £4million since September. The AIM-listed firm said this means it might not be able to drill a well there – and drilling could be stymied anyway by a rig not being available until June. Separately, it is also preparing to take legal action in Paris over a bungled transaction in Tunisia.

Costain Group (COST)  FOLLOWunveils another profit warning as it shares £54m in extra costs for delayed dual carriageway project in Wales. Costain proudly claims to have been improving the lives of people since 1865. Except, that is, the good people of South Wales. The contractor has unveiled another profit warning after taking a £20m hit on a project to turn a stretch of road in the Brecon Beacons into a dual carriageway. The Welsh government has decided that Costain must shoulder some of the estimated £54m of additional costs after the scheme went over budget and suffered delays.

Dixons Carphone (DC.) FOLLOW has insisted its recovery is on track despite a sharp fall in mobile phone sales dragging the retailer’s profits down by 60%. The company yesterday reported a 10% fall in like-for-like mobile phone sales for the half-year to October 26, pushing the division to a £49 million loss on an underlying basis. As a result of the mobile losses, underlying profits for Dixons Carphone fell from £60 million in same period last year to £24 million. However, Dixons Carphone claimed that it had been a “trough year” for mobile losses and that the division will break even by 2022. It kept its guidance for a £90 million full-year loss for the mobile business and stuck to its forecast of a 30% drop in group adjusted pre-tax profit to about £210 million.

M&C Saatchi (SAA) FOLLOW is the subject of a preliminary investigation by the City watchdog over the accounting crisis that has reduced its share price by 70% and precipitated a board revolt. The Financial Conduct Authority has asked the advertising agency for information into the accounting irregularities that came to light in August. The request could be the prelude to a formal investigation. The inquiry will put further pressure on the remaining boardroom directors at the London-based network of advertising and public relations agencies.

The boss of Fuller Smith & Turner (FSTA) FOLLOW has called on the new government to overhaul business rates and rein in wage inflation to ease the pressure on pubs. Simon Emeny, the pub company’s chief executive, also called for an immigration system that allowed the industry to continue recruiting the employees it needs. In the half year to September 28, rising rates and wage costs reduced the operating margin on its managed pubs and hotels division from 15.1% to 14.1%, with operating profits down 2% to £22.1 million, despite like-for-like sales growth of 2.7%. Mr Emeny, 54, said that industry-wide operating costs had risen by 6%: “We have been anticipating and flagging these cost pressures for the last two years and the impact can now quite clearly be seen.”