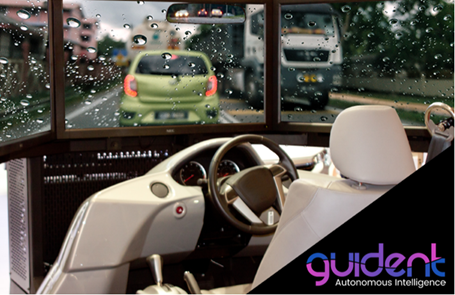 The overall aim is to increase not only driver safety but also driver confidence in these new-wave vehicles.

A recent survey by PWC found that 43% of respondents said they believed autonomous vehicles were at a disadvantage when it came to safety compared to their traditional counterparts.

“We are delighted to see that Guident has exclusively acquired additional intellectual property rights to enhance the adoption and utilization of AV's.  We believe that autonomous vehicles and drones will help democratize transportation and delivery.

However, to enhance the safety and practicality of AV's, a back-up control centre, on stand-by, would enhance consumer confidence that unpredictable situations such as accidents and last mile package delivery mishaps can be handled properly in real-time. This would mind the gap in the foreseeable future between the vision of level 5 autonomy and the stubborn current reality of imperfect artificial intelligence."

Today’s news adds to a very busy week for Tekcapital.

Yesterday, the company shared with investors that its portfolio company Belluscura, which develops a patented portable oxygen concentrator for those who live with COPD, had received commitments for £725,000 of additional funding at 15p per share.

Additionally, the company expressed it is confident that Belluscura will receive FDA clearance later this year, which would open the door for a commercial launch in H1 2020.

Tekcapital’s foothold, through its portfolio companies, in attention-grabbing markets doesn’t end with autonomous vehicles and biotech solutions; they’re also working on a low-sodium salt at Salarius and next-gen eyewear at Lucyd.